Sigve's cell phone died today, apparently it just gave up, so I haven't been able to reach him since this morning. Then fortunately, and thank God for good resourceful friends, Brita and her sister Inger Maren came up with an extra phone that he got to borrow until I can bring him one of our extra ones. Thank you both so much, for the phone and for taking it to him! I get stressed out when I can't reach him.
However, I spoke to one of the nurses, and she reports that his temperature is still up, and he's very tired, but a doctor had confirmed that the rash seems paler today than yesterday, and that the crp was down. I don't know if crp is familiar to non norwegians, maybe it has a different name in english. Crp is short for C-reactive protein, and can be measured in a blood test to indicate the infection level. This protein is produced in the liver and is one of the substances that the body produces to initiate a reaction against infections, and also to directed that reaction to start in the right place.
Then after he got the phone I got through to Sigve, and he reports that in his opinion he's feeling surprisingly well; and that's a statement from someone who has had a temperature of between 40 -41C/104 - 105.8F for several days! The medical personnel also comment on how good his general health is, to be able to handle that kind of temperature so well. So far he's been able to get up and take a shower on his own two feet every day!
A host of doctors have seen him today, and they all seem to agree that the rash is as can be expected, and nothing out of the ordinary. Sigve says that it feels like the whole hospital is there for him!
And the best news of all is that blood tests now indicate that the new stem cells have started to work as leucocytes (hvite blodlegemer) are present! Yeay! There's still a long way to go, and a lot can happen, but this means the walk along Recovery Road has really started. 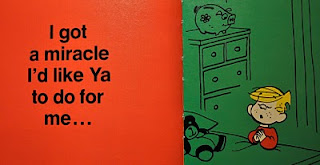 Today I am grateful for:
*Cell phones (how did we ever live without them?)
*All kinds of improvements
*Our son Geir Espen turning 28 tomorrow
Written by Inger-M at 8:01 PM

Yeeaah!! So good to hear:) Make me feel so happy:) More hughs and kisses;)