A present, a national holiday and a check-up

On July 11th. Sigve and I will have been married for 30 years, and this weekend he revealed to me what my 30th anniversary present is going to be:

A trip to Australia, to visit dear friends, for nearly 4 weeks, leaving on June 26th!
Unfortunately Sigve cannot travel yet, as his immune system is still not strong enough, but he knows how much I love to travel, and he knows how exhausted I am feeling these days, so he's giving me this break on my own. Isn't he just a dear? I am beyond excited!

Tuesday was May 17th., The Norwegian Constitution Day. 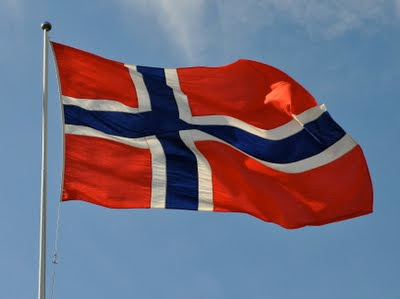 On May 17th. 1814 the norwegian constitution was signed at Eidsvoll, declaring Norway an independent nation.
The day is celebrated in a non-military manner, with emphasis on the children. All over Norway there are morning parades featuring school children and marching bands, and afternoon parades for various adult groups and associations, in addition to children's and young adult's groups. In between there are gatherings in school grounds, with entertainment and competitions, and food is served.
Everyone dresses up in their very best clothes, and the traditional national costume, the bunad, has become more and more popular. It is customary to carry a small norwegian flag and/or wear a red, white and blue ribbon.

Hilde Marie, in her bunad. Picture taken in 2005. Her aunt Liv did all the embroidery, and I made the silver jewelry. (There are close-ups of the jewelry under the tab " My jewelry" just under the blog header.) 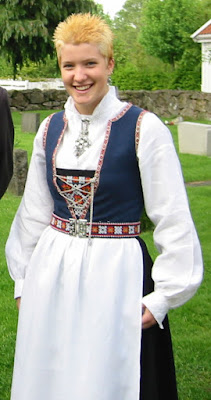 On Monday we went to Bergen for Sigve's 9 month's check-up. As usual we took the camper van and parked in the parking lot just outside the hospital.
Every 3 months after the transplant there's a big check-up, so this was one of them. No surprises this time either; Sigve is still being followed up closely every two weeks at Haugesund hospital. The formerly raised liver test levels were back to normal, but the creatinine level is still slightly raised, so he should be sipping water all the time, which he finds hard to do. It was decided that he could reduce the evening Sandimmun dosage again, to 75 mg, so he's now on 75 mg x2. Fingers crossed that the liver test levels don't go back up again.
However, lately Sigve has had some leg cramps at night, and his right foot is feeling numb from the ankle to the toes. It also feels a bit powerless when he walks. The doctor took this seriously, and did a lot of tests, without drawing any immediate conclusion. So a MR examination is being scheduled within the next 4 weeks, and we'll have to wait for that before we know more.
Helmer has grown so much. He's passed the 3 month mark already, weighing 5.9 kilos and measuring 62 cm. He's cheerful, "talkative" and cuddly. At his 3 month's check-up the health care nurse was impressed by how strong his little neck is. 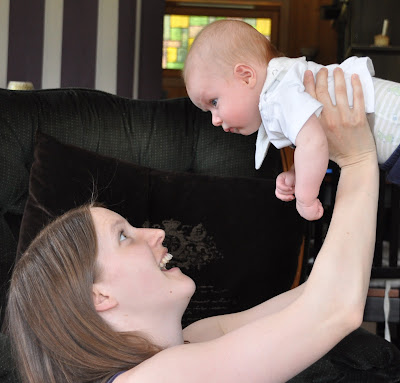 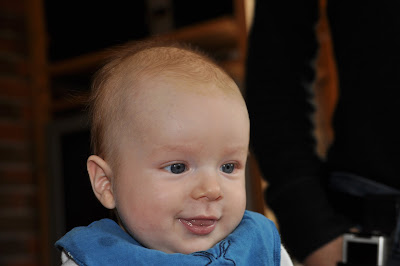 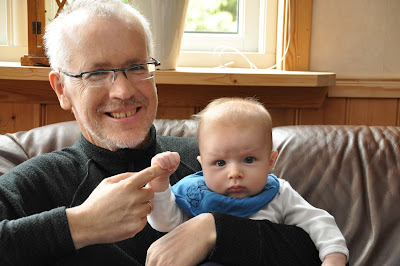 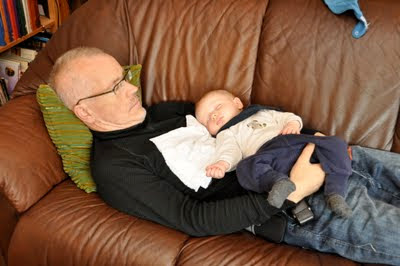 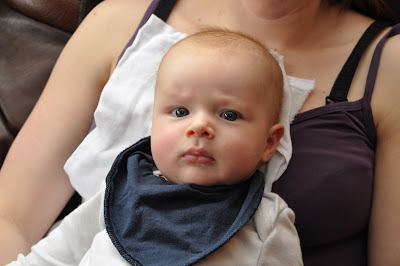 Gratitude for abundance:
For this wonderful husband of mine, who's sending me on an amazing trip without being able to go himself.
For Sigve's recovery still going so well. We are amazed at how fortunate/lucky/ blessed he is to have had no serious complications.
For living in a country where our tax money takes care of all costs concerning health care.
For a wonderful son, daughter and son-in-law, and a most awesome grandchild.