This week just disappeared in hospital visits.
First out was the scheduled check-up in Bergen on Monday. We drove up from Tysnes on Sunday afternoon and spent the evening with Brita and Ketil. Later we parked the camper van in the hospital parking lot and had 5 minutes to walk to the doctor's office in the morning.
Sigve did all the blood tests, a bone marrow test and thorax x-rays. The 2 stitches from the removal of the Hickman catheter were also removed. So now he has to draw blood from his arm, at the regular lab, so no more VIP treatment!
There were no surprises this time either, since we already knew about the increased liver value levels. It was confirmed that he would be admitted to Haugesund Hospital for the liver biopsy on Wednesday. The raised levels could be caused by either a bacterial or viral infection and would be treated with the appropriate medication, or it could be an onset of Graft-Versus-Host disease. As a preliminary precaution the Sandimmun dosage was increased again, and if it's confirmed that that's what it is, the treatment will be a course of high dosage cortisone for a couple of weeks. The doctor repeated the info about GVH being a desired response to reducing the Sandimmun dosage, and also that those who have this response are better protected against the reappearance of the leukemia than those who don't. But it's a matter of a hairline balance of just enough and too much.
Monday in Bergen started off very foggy, but around midday, when we headed back to Tysnes, the fog burned off, and the sun came out. Along the way some amazing scenes appeared, with low fog over open water and the sun shining above.
As always when we drive, my camera was in my lap, ready for action. Sometimes I shout for Sigve to stop, and sometimes I just point and shoot out of the window. 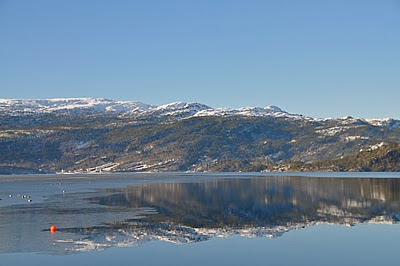 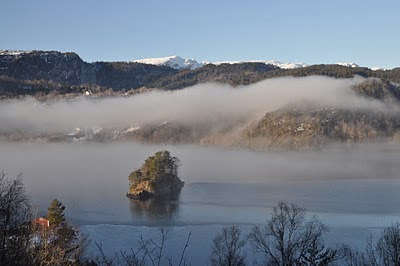 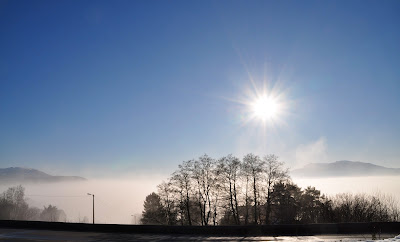 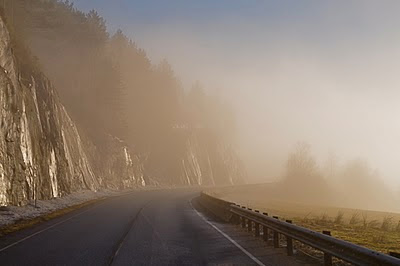 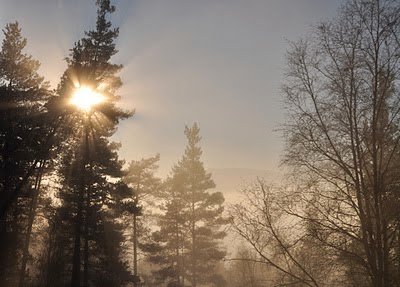 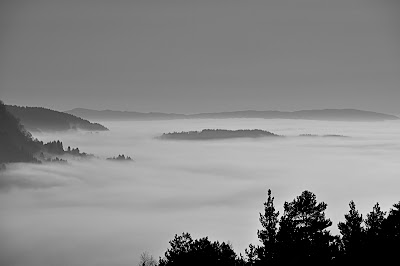 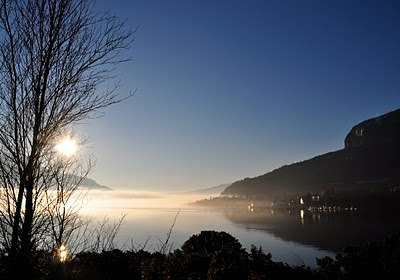 Sigve was admitted to Haugesund hospital on Wednesday, and the biopsy was performed on Thursday morning. After a shot of local anesthetic, and guided by the ultra sound machine a hollow needle was shot into the liver, and came out again with the sample. Afterwords he had to lie still for an hour, and couldn't eat for 2 hours.
He was supposed to go home the same day, but they decided to keep him over to Friday to keep an eye out for possible hemorrhaging. The sample was sent to Bergen for analysis, and we expect to hear from the doctor when the results are ready.
Sigve has been wearing his new hearing aids for 2 weeks now, and they seem to be working out great. We don't have to shout at him, and he doesn't shout back. That was actually the first thing I noticed, that he started speaking in a much softer voice.
Tomorrow we go to Tysnes for the day. Can't wait to see Helmer again! Haven't seen him since Tuesday.

Today I'm so grateful for the excellent follow-up Sigve is getting from both Bergen and Haugesund Hospitals.